CRAIG RICHARDS & NICOLAS LUTZ, HELENA HAUFF, GIANT SWAN (LIVE), JOSEY REBELLE, INSTRA:MENTAL, SHERELLE, SKEE MASK & MORE
TO PLAY UNMISSABLE SECOND EDITION
Bank Holiday Friday 8th May 2020  | Various Venues, Nottingham
After debuting to acclaim in 2019, Wigflex City Festival returns on Bank Holiday Friday 8th May 2020 with stunning musical programme, including Craig Richards & Nicolas Lutz, Octo Octa, Instra:mental, Skee Mask, Josey Rebelle, Lena Willikens & Vladimir Ivkovic and more.
Built on the core principle of showcasing Nottingham’s incredible potential, unrivalled creative talent and making a lasting change within the community, Wigflex City Festival brought locals, regulars and new recruits together earlier this summer to explore the breathtaking spaces Wigflex has been utilising for over 13 years of raucous parties. With over fifteen of Nottingham’s independent venues used in 2019, including Metronome and The Brickworks, Wigflex City Festival 2020 promises more chaotic sets in old Nottingham caves, car parks, basements, hidden streets and out of sight warehouses to ensure that even more of the city is explored by dancers next summer. Never losing sight of its DIY roots, this is a festival strictly on Wigflex’s terms, guaranteeing the highest quality parties, a challenging and diverse roster of talks and workshops and a flurry of curveballs across the running time.
Since its inception, Wigflex has become synonymous with consistently booking the most exciting talent across the bill, whether it be bubbling upstarts on the rise or classic heavyweights of the genre, and there’s plenty on the festival lineup to exhilarate fans of both. Having delivered legendary set after legendary set, Craig Richards & Nicolas Lutz unite for one that’s destined to rank highly in the Wigflex history books, while two members of the electrifying 6 Figure Gang, SHERELLE and L U C Y, are primed to demonstrate why they’re considered bass music’s brightest hopes, with Yazmin Lacey and Greentea Peng (Live) adding a soulful, welcome change of pace to proceedings. If it’s original trailblazers you’re seeking, returning drum and bass dons Instra:mental and Wookie have you covered, whereas Giant Swan (Live) serve up pummelling techno cuts from their debut album, alongside Skee Mask, dBridge, Lena Willikens & Vladimir Ivkovic and Sonja Moonear who promise to explore the darker side of the dance music spectrum.
Once again, Wigflex City Festival pairs mind-melting live shows, from the likes of Oli XL, Nathan Fake, Equinoxx and The Legend of William Onyeabor by Bucky Leo & Black Egypt, with some of the most sublime selectors in the game, including Josey Rebelle, Leon Vynehall, Octo Octa, Job Jobse and Helena Hauff digging deep across the day and night. Label head Dr Banana steps up to drop garage gems galore, with Manchester figurehead Madam X, the ever-evolving Franceso Del Garda, the breaking GIGI FM and Wigflex royalty Lone adding to the already stacked bill.
Founder Lukas Wigflex says:
“Everyone thought I was bonkers to gamble everything I own on the first festival and I’m still undecided as to whether it was the smartest or dumbest decision I’ve ever made, but the one thing I’ve always been 100% set on is that there had to be a second instalment.
The first festival came together in a way that I could have only ever dreamed of…It was like seeing every single thing that I know and love about Nottingham come together in one big beautiful way and to have that experience shared by so many people and artists that I love and respect was just incredible. Putting it into words seems silly, but seeing the whole city come alive was really special and I think it’s exactly what Nottingham needs more of, so I’m determined to keep going and making each year more memorable than the last. It’s that feeling that’s kept me in this game for over 13 years.”
With a diverse programme of talks and workshops to be announced soon, tickets for Wigflex City Festival are available now: www.residentadvisor.net/events/1351257
+++ 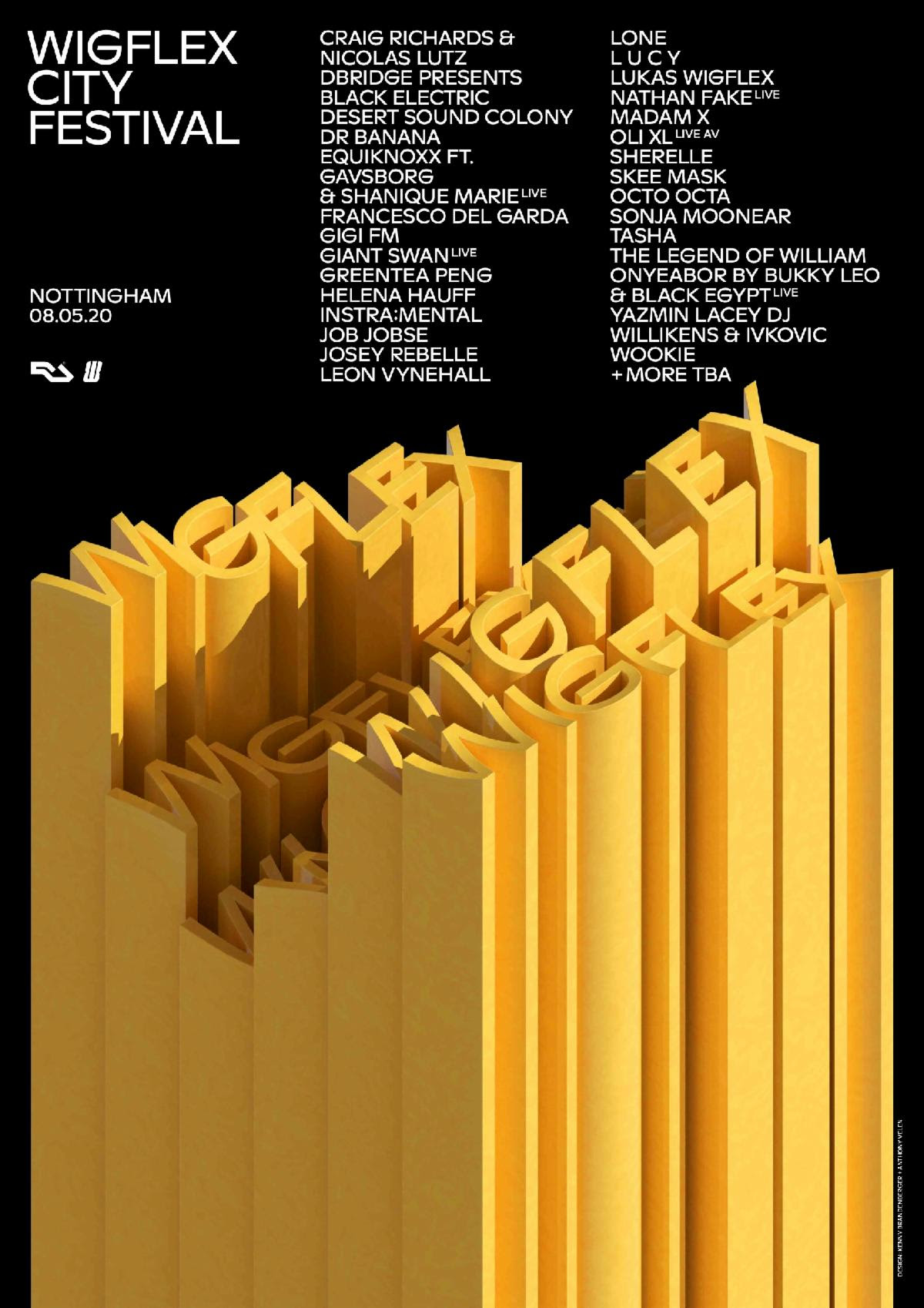 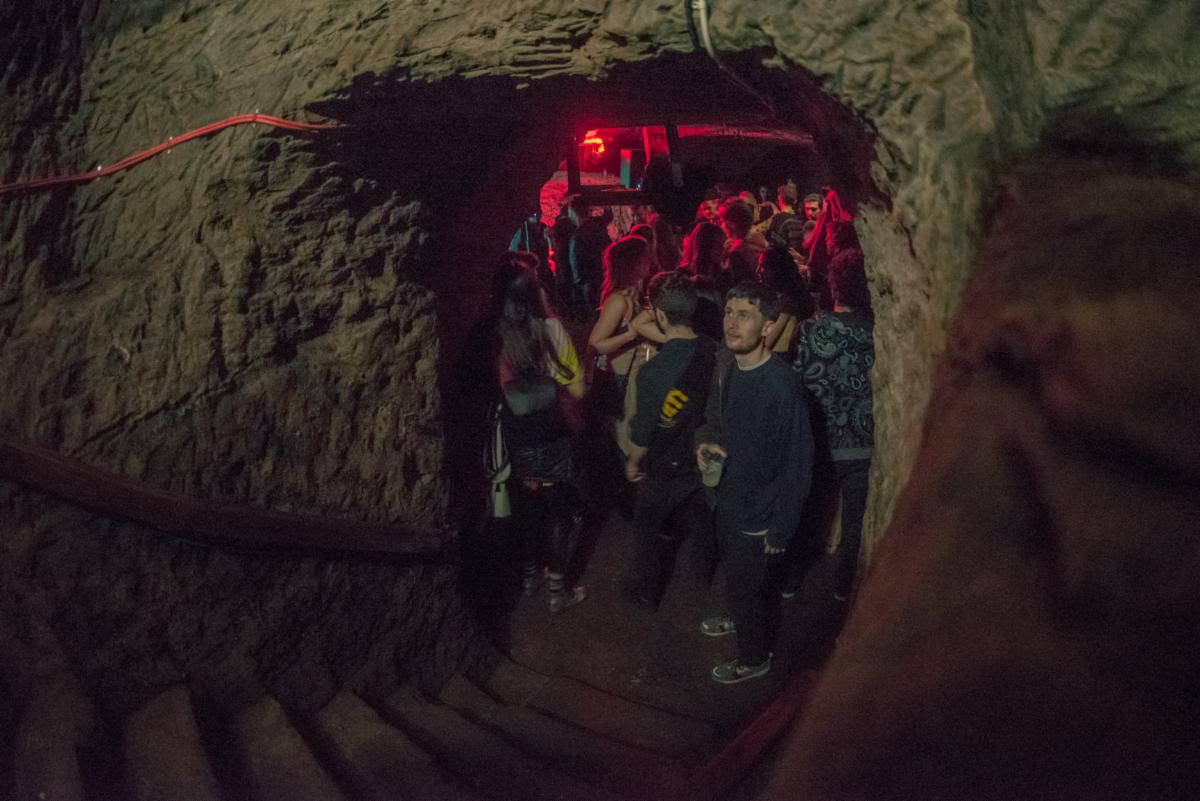