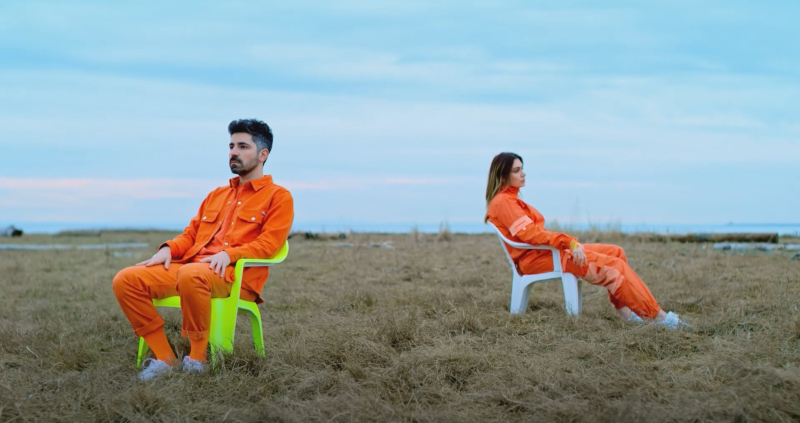 The music video features cuts of flashbacks capturing a couple making the necessary changes to adapt to each other’s daily habits. The video breaks cuts between these visuals with the charming songstress Sophie Simmons providing her soaring vocal range.

Felix comments on the video, “The ‘Mine’ music video is a highly stylized interpretation of past lovers and relationships. What often seems mundane and diminished at the time, can become some of the larger things that you cherish most from a previous relationship. The closing scene of the chairs facing opposite directions represents how close you can feel to someone while also being apart. I’ve been obsessed with colour blocking videos, influenced by a lot of the Tyler the Creator and Billie Eilish stuff, I wanted to amplify that vision in my own way, and Carlee Wallace (Art Director) really helped take it to that direction.”

Felix Cartal needs no introduction, named by Billboard as one of 13 Dance Artists who Dominated in 2017 alongside acts like Odesza, Illenium and Marshmello. His previous releases ‘Get What You Give’ and ‘Love Me’ have platinum status in Canada, along with ‘Love Me’ being nominated for Dance Recording of the Year at the Junos 2020.